Jack Grealish reveals talkSPORT pundit Gabby Agbonlahor as his favourite ever player – along with Lionel Messi June 8, 2022 – Posted in: Soccer

Gabriel Agbonlahor and Lionel Messi being mentioned in the same sentence – there’s a first time for everything [sorry, Gabby]!

But that’s exactly what happened when Jack Grealish was asked to name his favourite players ever – and his answer left one of his Man City teammates very confused.

Regular talkSPORT listeners will know all about the Grealish/Agbonlahor love-in, with the Aston Villa legend regularly hailing the England midfielder.

His praise of the £100million man has edged on extreme at times, although Gabby has stood by his comparisons to a ‘prime Andres Iniesta’ and his belief that Grealish was ‘worth £120m’ when City signed him last summer.

Extreme, yes, but it appears the feeling is mutual, with Grealish mentioning Agbonlahor’s name in the same breath as Argentine maestro Messi when asked who he looked up to most when he was a young lad.

There was just one issue, though – young Man City teammate Romeo Lavia had no idea who he was talking about. 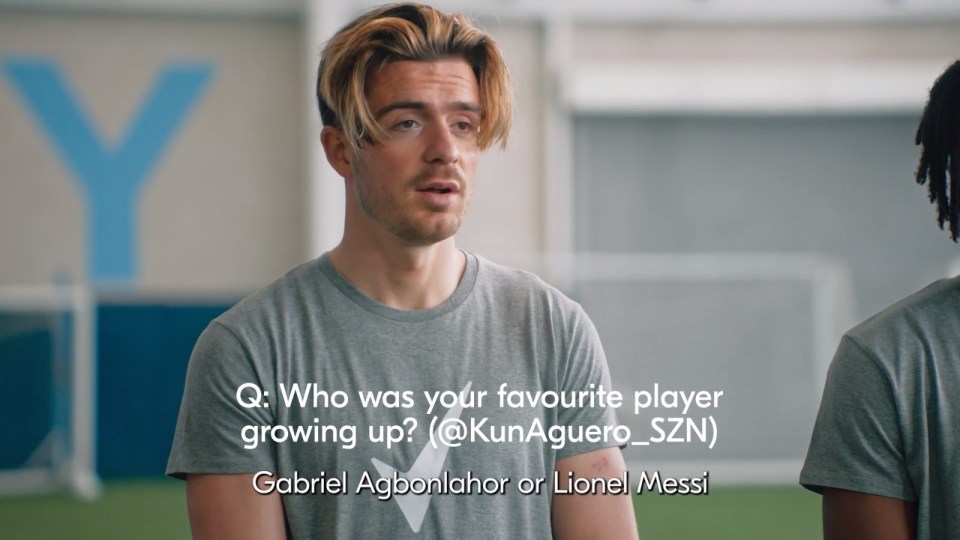 Grealish: “Big Gabby? Why are you saying he’s big?”

Lavia: “Who was the first one?”

Well, this is awkward.

Don’t take it personally, Gabby – he was 15 when you retired!

Given Grealish’s admiration of the former forward, it would have been a dream come true when he broke into the Aston Villa first-team to play alongside his boyhood idol.

The master and apprentice actually played 35 times together in the Villa senior team, and twice in Under-21s matches.

It’s clear Agbonlahor’s praise of the midfielder has been influenced by not only watching him closely in their years together at Villa Park, but by watching him grow into the most expensive British footballer in history in the years since his retirement.

They still have a close relationship, and it’s clear how highly Gabby rates Grealish from the way he speaks about him on air – even if it gets him pelters from talkSPORT listeners.

That’s exactly what happened when he compared the City ace to Barcelona and Spain great Iniesta – but it’s a claim he stands by.

In fact, the former Villa star demanded an apology from everybody who laughed at his claim, after Jose Mourinho compared Grealish to Ballon d’Or winner Luis Figo, and nobody batted an eyelid!

“I think I deserve an apology, yeah,” Gabby told The Sports Bar in June 2021. “All those people out there piped up and they were giving me all sorts.

“That’s how good he is, and I’m glad a top manager can see that, but the people who have got trigger fingers on Twitter, they can’t see it.

“So, for me, definitely the way Mourinho explained it there, you can just tell, everybody’s going to start seeing it more now.

“But, for me, he’s got nothing to prove in the way he’s played over the last few seasons.”

Offers Of The Day

Deposit min £/$/€10 using promo code 888ODDS • Bet up to £/$/€5 on your selection at normal odds in the regular market • If your selection wins, we’ll pay you out at the normal price and any extra winnings from the advertised enhanced price will be paid to you in Free Bets • Free Bets are granted within 72 hours and expire after 7 days • Free Bet stakes are not included in returns • Deposit balance is available for withdrawal at any time • Restrictions apply to withdrawals, payment methods and countries & Full T&C’s apply 18+ begambleaware.org